While being in Madrid, Cas tried to get an insight into the qualities of being together. How can togetherness be defined and what does it mean to be together? He noticed that the internet now has a prominent role in our lives. The consequences are easily seen on the streets: people are on their phone during transport, in public space or when they get together back home. This brings along some social challenges, but Cas believes that there’s a lot of added value , when used wisely. This digital development can bring progress and prosperity to people. He decided to design a set-up that would redefine the role of the digital world and add another dimension to the word ‘social media’. He wanted to use it in his advantage to enhance the uniting power of spontaneous conversation and collaboration. The installation “Gesprekslader©” (Charge the Conversation) invites people to meet while charging their phone at the same time. It only works when both of the chairs are taken. In that way, some sort of social interaction is necessary to continue in the digital world. Cas hopes people will rethink the qualities of being together and what it means to them personally. 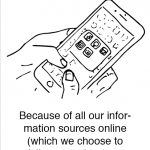 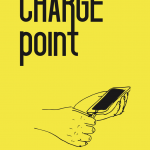 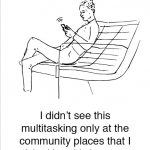 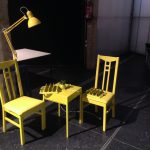 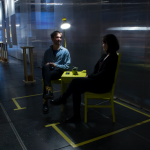 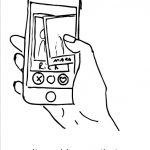