Throughout the process of debunking Stereotypes, Pauline used varied methods of action research to investigate how she could best fine-tune stereotypes regarding a neighborhood that was new to her. As a social designer wanting to make an impact, she believed this had to be done by involving the locals and by making an installation that could help gather big chunks of information. This led to superficial findings and obvious conclusions. In her search for a cure to stereotyping in public space, it turned out she had been using stereotypical design methods all along. However, Pauline had desisted from asking herself the question regarding her own persona: how do I stereotype myself? After endlessly questioning how to position oneself in the world of design, she had become her own stereotype, forcing herself into the role and methods of what she thought should be a ‘social designer’. This was shaped by high expectations and the common perception that once you’ve defined yourself, success is guaranteed. Thus Debunking Stereotypes changed into a reflection on how over-defining yourself can lead to self-stereotyping. It questions not what stereotypes we have of others, but of ourselves. 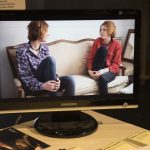 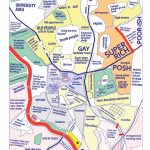