Pierres time in Madrid made him reflect on the modern way of life. Humans are used to live according to the sun. This is a natural phenomenon, with time moving around it. In Madrid, he noticed that the interaction locals have with sunlight is much more amplified than in his home city. Their schedule is based on sunlight and temperature. The most obvious and powerful example is the siesta, a break in the middle of the day to avoid the daily peak of temperature. Pierre would feel the sun burning on himself and the colorful walls of the city. The atmosphere was warm and suffocating. People escaped into the shade, stayed home and moved as little as possible, until the timing was right again and the curfew would be over.

To Pierre, it felt like their movements and schedules were no longer in their control but dictated by a higher authority: the sun. He translated this into an installation called ‘The Witness’. It explores the relationship between the city, its inhabitants and the sun. It is a movable landmark that displays the circadian rhythm in the context of the city. The installation, displayed first in the exact center of the circle, makes of visualization of the human body in the city. The Witness acts as a sun dial for our body and translates the effects of the sun on the city by indicating the state of our body. 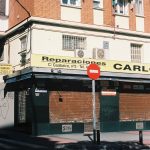 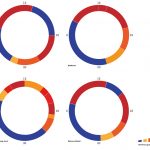 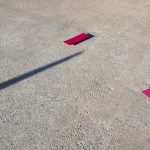 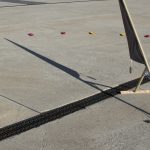