Made in Matadero for Matadero

Many dumpsters can be found in and around Madrid, usually near building sites and residential areas. They are full of discarded trash, materials and furniture. Scavengers come at night and try to sell some later on. Diego looked at this in awe: there was so much material lying around the city, like a playground for designers! He used his skills to transform and enrich what he found along the streets. He would combine the raw materials from construction sites and the broken, cheap furniture scattered everywhere. To cover up some of the stains or cracks, he developed an air drying material called Diego-Dough. The objects were given a second life and were able to re-enter in the system of the neighborhood while being re-appreciated. This project, “Made in Matadero for Matadero” was inspired by the relation between crafts and industry. Diego brought them together in new objects with the help of discarded materials. 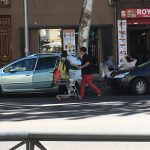 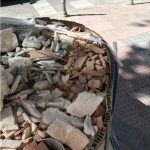 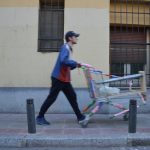 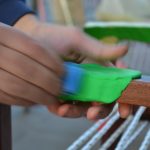 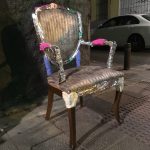 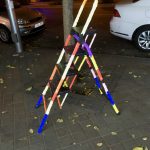 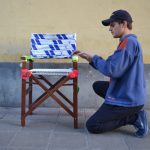