Madrid is located at an altitude of 600 meters as one of the highest cities in Europe. It is unlikely to ever flood and residents are logically not prepared for such a disaster. The absurdity of this scenario became Pierre’s starting point to explore what opportunities such a surreal flood would bring to the city. He immersed himself into the history and geography of the circle and presented a future flood as an unexpected possibility. How could a flood in Madrid become the starting point of a new world, a Utopia? Flooded Utopia consists of a “Flood Manifesto”, which describes how life in the circle would change if the water level rises. “Chalupa” is a folding boat, specifically designed for the inhabitants of Madrid. 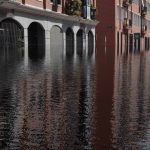 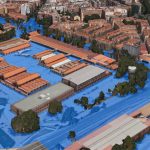 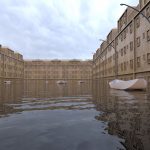 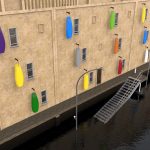 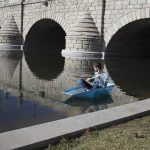