Streets and public spaces play an important role in the daily life of the people in Athens. This is where they can meet each other, commute to work and home, eat out or sit together in the sun. However, when Vera arrived in this new city, she asked herself: how clean are the streets that are being used so intensively?

Her research method consisted of two parts: during the general research she walked through the streets of the circle. It confirmed what she had already expected: there are severe issues with the waste in Metaxourgeio. She heard the most complaints about the work of municipality services: it wasn’t enough to keep the streets clean. But early in the process, it also became clear that changing this situation wouldn’t be possible in the short time she would be there. So she asked herself: “What can I do to help out?” The answer was dead simple: she decided to go onto the streets and it herself.  Her goals were to experience what it means to clean the public space and to involve with people while cleaning. Her perspective on the streets changed because of her actions and she encountered people that were curious to what she was doing. For them, she served drinks at the same time. Vera had become a cleaner, a bartender and an observer in one.

For these cleaning experiments she designed a Cleaning Bar. In Athens she made use of her ‘cleaning suit’, which made her more visible during her task. The passerby would notice her, in the way street cleaners should also be seen and appreciated for the important work that they do. 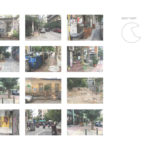 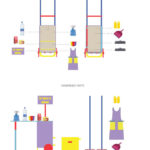 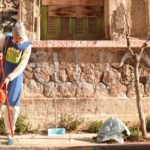