Can you hear me?

“The moment I was alone in this city I realized that verbal ability is an essential part of our existence. Not being able to express myself felt as if I had lost a part of my identity. “ – Kal, Eritrea

To the immigrants in Athens, learning a new language is a requirement to survive and to build up a live. For many of them, this is a very difficult process. They speak but they don’t understand what world they have ended up in. How do you learn a new language when the whole context is different, when you’ve ended up in a hostile and unknown city?

Deborah joined some classes in Athens. A passionate teacher made efforts to teach her and the other foreigners the Greek language. The strange sounds were too hard for her to follow and she found relief in some small talk in English with fellow classmates. Just like Kal, she felt lost when she couldn’t communicate properly. She was confronted with a similar barrier when she tried to interview some inhabitants of Athens. Naively, Deborah had thought she could have expressed herself clearly enough using body language or drawings. But soon she noticed that this was only useful for the most basic messages. A deeper conversation was simply impossible because of the little words they shared. She translated the frustration and the importance of being understood into infographics and videos. One question remains unanswered: what is left of your identity when the words you speak are mere sounds to others? 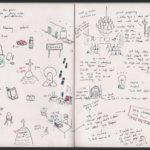 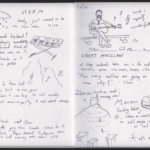 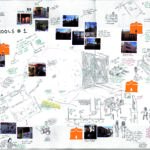 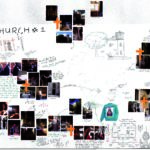