The Powerless Potato Syndrome (PPS) is an emotional condition among human beings that should be taken seriously. A growing group in society feels they’re  neither being listened to nor represented by both the media and the politicians. Pauline noticed a similar sentiment in the circle of Madrid. The citizens she spoke to, wanted to change and speak up for what they believed in, but didn’t know how and were left feeling powerless. Their individual call for change seemed like a drop in the ocean in a world of abstract global issues and corrupt world leaders. As a response to this feeling, some would become attracted to extreme movements and protests, shouting desperately for change. Others would turn to apathy and indifference. They no longer see a reason to continue fighting for their cause and end up feeling frustrated. This is where the PPS hits.

What is left to do? A general rule of thumb is that radical means such as mass demonstrations, a job high up in the picking order or loads of money could do the trick and force a change. However, they are not widely accessible to the citizens of Madrid and not a guaranteed recipe for success. What if you have none of it all? Don’t give up just yet, Pauline says. There is a grey area of action in between apathy and radical tools. This is what Papa Populi stands for. It’s a new method of analogue activism that propagates individual protest. It is shaped around a fictional campaign stating that ‘all potatoes should be perfectly round,’ a reference to PPS and an ironic call for homogeneity at the same time – in a country of potato-lovers. The methods used are accessible and can be copied or used as inspiration to express an opinion. It uses the streets as its stage and small interventions as its means.

Papa Populi acts as a medicine for anyone suffering from PPS and is there for those who want to resolve their own feeling of powerlessness.You may feel like a drop in the ocean, but enough drops create more space for fish to swim. Speak up for what you stand for – whether that is round potatoes, equal rights or greener grass. You are not a Powerless Potato. You are your own movement. 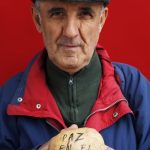 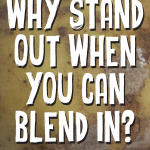 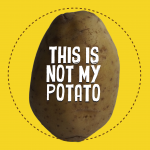 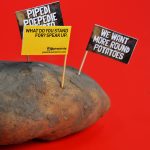 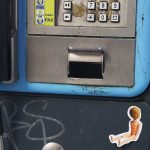 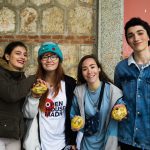